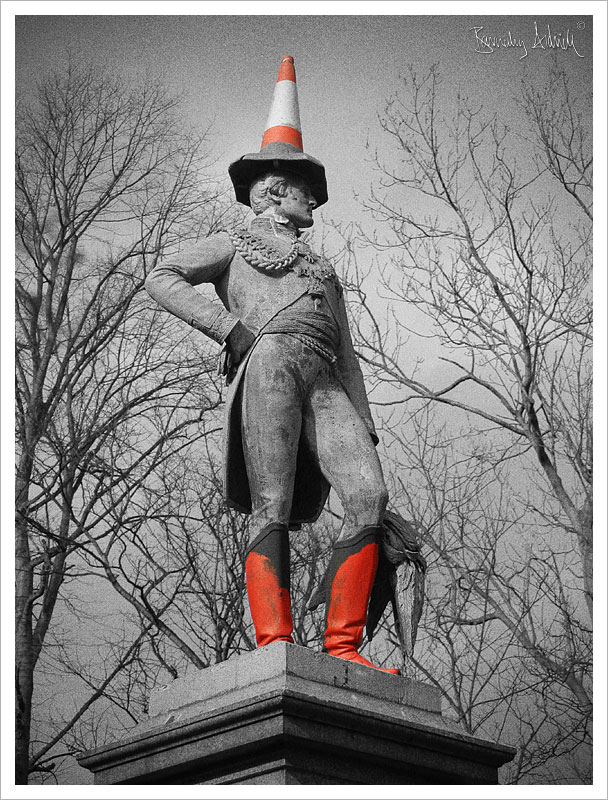 How does a community get the leadership that it needs to thrive?

Is it a question of finding an elite cadre of movers and shakers, networking them, hot-housing them and amplifying their power?

Or is it about offering the opportunity for anyone to ‘lead’ on whatever matters most to them, their loved ones and their neighbours?

Can we design leadership development processes that:

Certainly this kind of leadership development is possible.

By giving people space to talk about what matters to them and encouraging them to think through what they can do about it and whether they want to move from words to actions we can find ‘leaders’.  But they rarely see themselves as such.  They don’t see their agenda as being ‘leadership’.  They may see it as developing a ‘local community website’, or ‘starting an urban gardening project’ or ‘finding opportunities for young people to learn and earn in our community’.  There are plenty of people looking to do plenty of good things and the truth is that what we usually describe as ‘Leadership Development’  is unlikely to help them in their work…

Why do we choose to live cities?  What are they for?

Well, for many of us they are ‘Where the jobs are’.  We don’t choose to live in or near them.  We do so because that is how our economy is configured.  We are drawn into they city and ‘enslaved’ by it and the economy is exists to serve.  But many of us are, on the whole, happy slaves as the city fathers and their investor friends ensure we are regularly supplied with both  ‘bread and circuses’, superficial means of appeasement, from which they too can often make a handsome profit.

And, on one level, this is a purpose of the city.

To organise a modern population effectively and efficiently for the benefit of employers and those who bankroll and tax them.  They are above all else economic entities, where ‘culture’ and ‘community’ play secondary roles as part of the mechanisms for appeasement while the primary narrative is about the economy, productivity, profitability and gross domestic product.

As Margaret Thatcher put it “Economics are the method; the object is to change the heart and soul.”

But, we can look at a city differently.

We could choose to believe that “Head, heart and soul are the method; the object is to change the economy”

We can choose to see the city as a collection of people who have converged on a specific location because it offers them opportunities to do the things that they want to do, to be the person that they want to be and fulfil their potential.  In such a city the primary relationship would not be one of ‘enslavement’ to an economy but as a collaboration of powerful citizens in a participative democracy.  A city where citizens primary responsibility is to each other and to the future.  Where an economy is produced that serves people, both now and into the future.

Such a city would almost certainly not depend primarily on the development of its physical infrastructure, (Supercasino anyone? Or perhaps a high-speed train or station entrance to inspire the business folk?) but on psychological infrastructure.  A network of relationships, support and encouragement that valued people, regardless of wealth or education, ethnicity, gender, sexuality or age.  A psychological infrastructure in which help could be asked for and offered. A city in which collaboration, association and innovation in the pursuit of progress was everyone’s business.

Now THAT would be a city I would want to live in.

They have of course got this wrong.  Their ambition should be to become the most enterprising city – because though business is important it should not be the be all and end all….

A provocative phrase used by Jeremy Paxman last night to describe the inability of any government to effectively manage an effective path through the current economic crisis.

But we could extend it to many other areas of our lives.  The impotence of governments to:

Here in Leeds we have got to the point where all political parties see the construction of a new station at Kirkstall as some kind of triumph.  Building one station that will serve a few thousand people in a city of nearly 800 000.  A new station that will provide the key infrastructure link to enable further private sector development in that area of the city.  I just hope that any future planning application gets the balance of affordable housing right, otherwise I suspect we will see the poor once again displaced in the failing policy of economic cleansing that provides the blue print for so much of what passes for ‘urban renewal and regeneration’.  The ‘partnership’ between the local authority and the developers will no doubt be tested as one side pushes for more affordable housing and community amenities while the other pushes for a more profitable plan, while holding their twin political jokers of ‘job creation’ and ‘development’.

I suspect the only people that should really be rubbing their hands are the directors and shareholders of the construction companies and to a much lesser extent, perhaps mopping their brows with relief, will be those get to pick up their shovels on yet another construction hurrah.

So if government is pretty impotent then what are the alternatives?  What might work to help us tackle some of these long  standing and seemingly intractable problems?

Well, for me the future is ‘Bottom Up’.  It is about the engagement of large numbers of people in figuring out what really matters most to them and then forming associations around common cause.

The challenge will be to form associations rather than factions, but this is the process of ‘civic enterprise’ and done well strengthens democracy while building a much more powerful citizenry.  The role of elected officers and other public servants in working with these civic associations, enabling them and supporting their work wherever possible and helping them to add value to the democratic process may be crucial.  Representative democracy is creaking.  Perhaps a more participative democracy where different associations learn to creatively negotiate their collective futures provides a way forward.

It is about governments, national and local, no longer pledging to lead us to the promised land through judicious policy development, 15 year Visions and glossy manifestos tied to the electoral cycle and recognising that now their job is to help all of us to build the kind of communities that we want to live in.  The job of community development is our job and not theirs.

Bottom Up Is The New Black!

Think this is all hopelessly naive?

Then pop along to a Friday Picnic, A Cultural Conversation, Latch, Canopy, Progress School, Elsie, TEDxLeeds, LDF2011, Simon on the Streets, Ideas That Change Lives, PACES, Innovation Lab to name just a few where bottom up is becoming the new black.

This is the modest challenge I have set myself. A challenge for several reasons.  Firstly these phenomena are usually divided up and tackled by different teams, using different professional jargon, working to different policy objectives in different departments and sectors (for profit, public and third). Tackling community, cultural and economic development as a kind of holy trinity vitally important.  Yet we usually separate them and often end up with economic development that breaks community or ignores culture and vice versa… Another challenge is the fixation that many policy makers and leaders have with ‘big ticket’ solutions.  Want to stimulate culture?  Let’s build an Arena or a Gallery?  Need to stimulate economic development?  How about an Enterprise Zone or a Technology Park?  Or, anyone for high speed trains?  Multi-million pound projects that rely on politicians, bureaucrats and professionals working together to invest millions.  In these austere times there are economic development consultancies that will write you papers on how to finance these projects using tax increment finances and other such stuff! But let’s get back to basics on this. Community, Culture and Economy are like ying and yang, except there are three of them!  They are facets of the same thing: Human endeavour (or as the policy makers prefer to call it enterprise). So, if we want to develop community, culture and economy we are in the business of developing Human Endeavour. And that need not cost a lot….