If we took this stuff seriously what kind of enterprise development activities would a LEP commission? 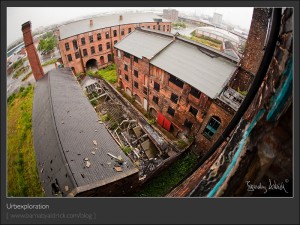 This was at the heart of the debate of the Inner South Leeds Area Committee meeting recently.

In short, our residents die too early, our streets are full of fast food take-aways, our air is polluted by the motorway and we need a new sports centre.

What should we do about it?

This is classic Visions of the Anointed Stuff!

I can be pretty sure that if I knocked on 1000 doors in south Leeds and asked ‘what keeps you awake at night’, or ‘what is it that really stops you from living the way you would want?’, not many would say,’Well, if only I could live as long as those folk in leafy north Leeds, or even those exotic southerners in Kensington and Chelsea!’ (K&C has the highest life expectancy of any local authority in the UK I believe).

These are the concerns of the health professionals and the public health statisticians. They are not the everyday concerns of local residents. And, if we want to do meaningful development work we have to start with these everyday concerns. Of course if we wish to build service empires around the ‘healthy living’ agenda…

We also know that the real determinants of longevity are, at root, not based in health, but poverty. Raise disposable incomes, raise educational attainment, help people build lives of meaning and dignity and they will live longer. This hints at the need for a more systemic understanding of quality of life in the city and more person centred approaches to development rather than just getting funding for some more smoking cessation and cancer screening services.  We need to work with potentials and aspirations not just problems.

One councillor got close to the mark when he said we must put more effort into the education of children and young families. But this must be education of a very particular kind. An education that is not led by a curriculum but by the very real concerns of local people.  An education that is not driven through the traditional mechanisms of schooling and assessment but on the streets.  And what about the rest? How do we offer them real opportunities for change – IF that is what they want?

The outrage at the number of fast food shops in South Leeds is understandable. Lots of fast food, bookmakers, pawn shops and off-licences no doubt, because these are the legal, affordable ‘pleasures’ of the poor. No doubt there are plenty of illegal ones too. These are not the causes of poverty and early mortality – but the symptoms. These are the industries that have learned to profit from the poor. Danone and Grameen are learning how to do the same but supplying yogurt rather than alcohol. Perhaps they offer us some clues? Closing down the bookies, off-licences and credit shops would be like excising chicken pox with a knife. Its just going to leave nasty scars and not deter the pox. The fast food outlets and the bookies did not make people poor and susceptible to an early death. They are there because people are poor and unhealthy!  Planning restrictions on peoples pleasures are not the way forward.

Nor will building sports centres or ventilating the motorway help. The challenge of regeneration is primarily one of psychology rather than physiology and infrastructure. Until individuals and communities change the way they see themselves, as full of potential and possibility rather than full of problems (obesity, cancer, addiction, unwanted pregnancies etc) then we can build all the facilities we like and they will not be used by the people we most want to help.

Instead of using twin track Leeds statistics to argue for further investment in infrastructure, sports centres, swimming pools, clinics and whatever other ‘solutions’ our respective empires can offer, we should use this opportunity to shut up, listen carefully and respond with all our might to local residents who want to make a difference in their own lives and the lives of those who they love.

Get that ball rolling and things might just start to change.

If you are interested in implementing ill thought through policy and exploiting it as way to make a few bob please do not get in touch.  If on the other you are serious about building a context in which people  can really learn then I would love to hear from you.