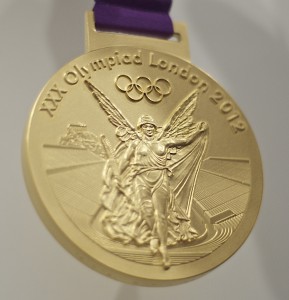 Shaa Wasmund is a renowned enteprise guru whose own achievements both as an entrepreneur and as a provider of enterprise support have massively outweighed my own.   Shaa asserts that…

Every athlete once had a dream to stand on an Olympic stage. But, they didn’t just talk about their dreams, they put in the hours, hard work and dedication to make them a reality. They gave all they had for one moment in time.

In my experience many who achieve excellence entered their field because they loved it rather than because they wanted to stand on an Olympic podium or to be a millionaire before they reach 30.  Sometimes it IS the big dream that allows you to put in the hours of dedicated effort.  But much more frequently it is the hours of dedicated effort that eventually allow you to dare to believe in the big dream.  Most of us, to begin with at least, were not motivated by thoughts of winning on the big stage, but by pursuing our interests and exploring possibilities….

Our progress is driven by the dedicated development and exploration of passion and identity.  A journey that often begins with no real clarity over where it might lead, or how far it might go.

I think this openness to journeys that start in different places with different intensities and ambitions is absolutely critical to make the most of all potential, whether it is in sport, business or any field.

And where should we invest our time and money?  In helping people to navigate the ealry stages of their journeys.  Because late stage development is, relatively speaking, child’s play. For a long time now I have had real concerns about the focus of policy makers, and the projects that they spawn, on ‘enterprise’ and ‘entrepreneurship’ as being just too business oriented.  It is as if the only fields of human endeavour that matter are commerce of some kind.  Making money or fixing societies ills.

This is especially un-nerving when you see it played out in our primary schools as 6 year olds are encouraged to wear badges that proclaim them be a ‘Sales Director’, an ‘Operations Manager’ or a ‘Brand Executive’. Yuk!

What about all of those other great fields of human endeavour?

Climbing mountains, making art, having fun, playing sport, writing, cooking and so on.

What if we encouraged our 6 year olds to wear badges that proclaimed them to be ‘Footballer in Training’, ‘Ballet Dancer under Construction’, ‘Surgeon to Be’ or ‘The Next Michael McIntyre’?  OK, so perhaps we don’t need another Michael McIntyre…. but you get my point?

Because what really matters is not exposing more people to the world of business and entrepreneurship.  It is to get them imagining possible futures, and learning how best to navigate towards them.  It is about developing people with a sense of agency and influence over their own futures.  It is about building a generation with both power and compassion. And a generation who really understand how to use the tools of collaboration, association and cooperation in pursuit of mutual progress.

Does it really only matter if their chosen endeavour contributes to GVA?  Or is there more to our humanity that we need to recognise and encourage through both our policy and practice?

And this is not just an issue in schools.  It runs like a plague through our communities from cradle to grave.

I think this is important because we lose so many who are completely turned off by the thought of a world of commerce (and let’s face it we don’t all want to dive headlong into a world of Dragon’s Den and The Apprentice).

So what about if instead of focussing on enterprise and entrepreneurship we attempted to throw our net wider and to encourage and support people to build their power and compassion in whatever they choose to be their particular fields of human endeavour?